WASHINGTON, DC – Rep. John Katko (R-NY), Ranking Member of the House Committee on Homeland Security, joined Bloomberg’s Balance of Power to discuss the recent Kaseya ransomware attack and how the United States must take a stronger stance against these acts of aggression. 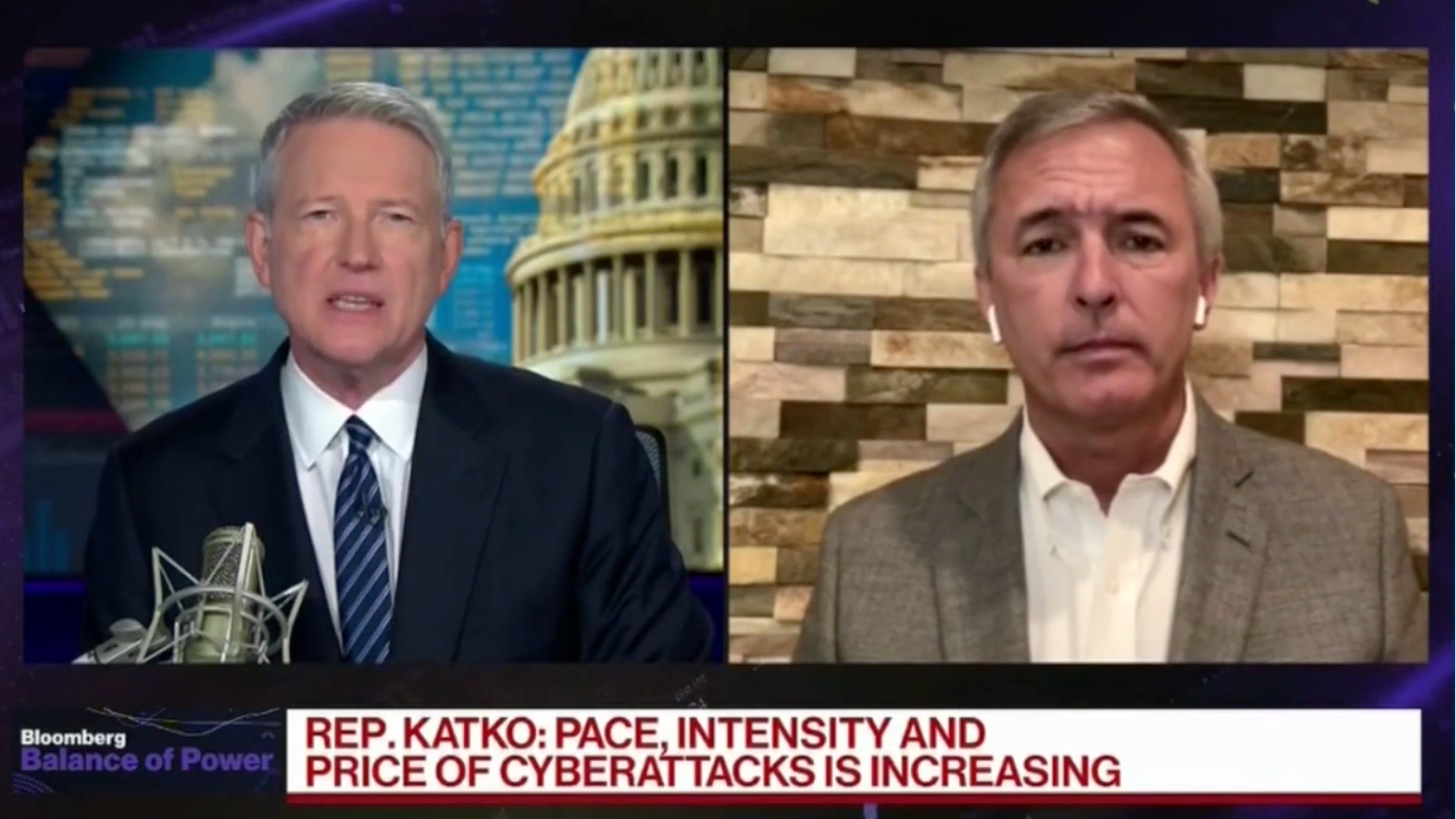 Growing Threat: “The pace of cyber attacks is picking up and so is the intensity and the complexity of them. The ultimate price the bad guys are asking for in ransom is coming up. All those things are converging and it’s a very troubling trend. With the pipeline attack, it was a $5 million ransomware attack. Then there was the beef industry attack which was $11 million. Now the Kaseya attack which was a $70 million ransomware attack. We’ve got a lot of work to do to try to get a handle on what is going on.”

Projecting Strength: “Before I came to Congress, I was a 20-year federal organized crime prosecutor, dealing with the worst of the worst. Bad people only understand strength. If we don’t project strength now, we will continue to pay a heavy price going forward. There must be very serious consequences… We’ve got to send a very strong, even disproportionate, message to Russia that we’re not going to tolerate this. Unless we do that, we’re going to continue to have these attacks.”

Sophisticated Attack: “The Kaseya attack is perhaps the most sophisticated and far-reaching attack yet. It didn’t attack just one business; it attacked over 1,500 businesses that had the Kaseya IT software. Because of that, it’s a force multiplier for the bad guys.”

Changing The Paradigm: “We also have to encourage a change in paradigm with respect to ransomware attacks by getting corporations better prepared and hardening their systems on the front end. We hear so much about hardening systems after an attack. We need corporations to invest on the front end and work with CISA and others.”

Cracking The Code: “Most of these ransomware attacks are paid with cryptocurrency. The FBI is starting to crack that code, and we need to be very aggressive in going after the money trail and making it more and more difficult for the bad guys to get paid. If we don’t flip the paradigm, this is going to continue. If we don’t have more deterrents, this is going to continue.”

Recognizing the importance of connecting businesses with resources to harden systems before attacks strike, Rep. Katko hosted a ransomware roundtablein Syracuse this week where local businesses and government entities were able to connect directly with leadership from CISA to sign up for their free tools and assessments.

Taking advantage of this technical assistance on the front end is a key pillar of Katko’s plan to combat ransomware.