Katko on Fox News: A Surge is Inevitable After Title 42 is Gone 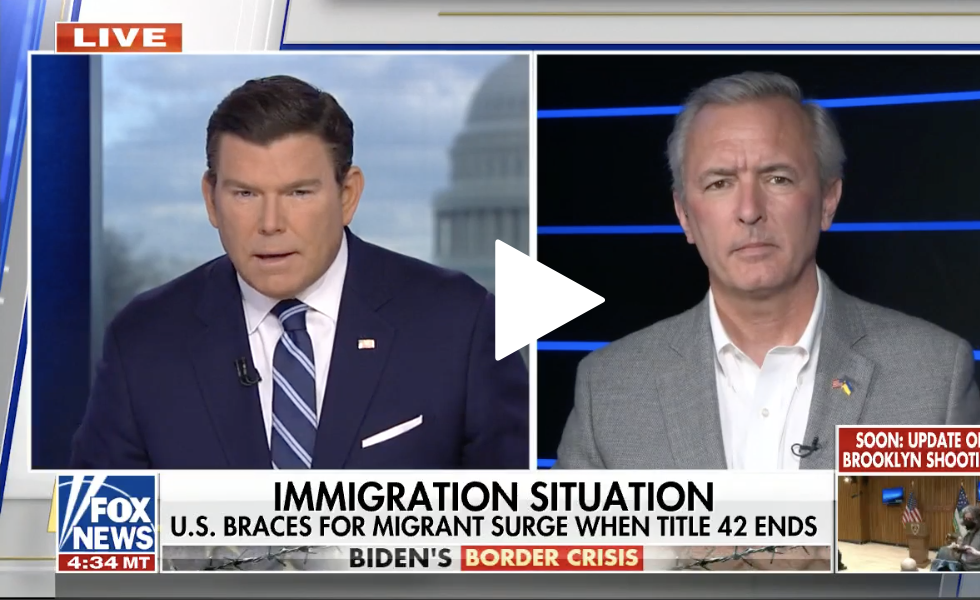 Hearing from the Border Sheriffs: “Today, I met with all the border sheriffs from California to Texas, and it was stunning what I learned. I started out my career as a federal prosecutor in the mid-nineties in El Paso, Texas, and more recently because of my work on Homeland Security, I am well-familiar with the border. I’ve heard things today that I’ve never heard before. First of all, there’s going to be a loss of complete operational control at the border once Title 42 is lifted. I also learned that these agents and sheriffs have never seen the border as chaotic and bad as it is right now.”

Enriching the Cartels: “I also learned that the crossing fees that the cartels are charging is on average $10,000 to $12,000 per person. So keep in mind every single person that crosses cannot cross without the cartels’ imprimatur. Do the math. When you have almost 200,000 coming across each month, how much is that enriching the cartels?”

People From Around the World Exploiting the Border: “Lastly, I found out, which is deeply troubling to me, the special interests migrants – those are from countries outside our hemisphere, like Iran, Iraq, Yemen—are skyrocketing in crossings. We were just in a place in El Paso where they were telling us that there’s some cartel folks across the border that are specializing in sending over Turkish migrants. This is not a regional thing, this isn’t about people from Central America coming across, this is a complete cluster at the border, and it really lays at the feet of this administration.”

Termination of Title 42: “…The fact of the matter is, the day that President Biden got into office, he signaled to the cartels, to South America, and others that the borders are going to be open. He tried to rescind the Remain in Mexico, I don’t know how many times. The policies and practices that he implemented made it much more difficult to turn people back. This year in the El Paso Sector, Title 42 allowed for 65 percent of people who came across the border presumed under Title 42 [to be] returned to Mexico. They weren’t allowed to stay, they were deported immediately by the agents, that’s Title 42. With that gone, that’s 65 percent more people who are going to have to be handled by Border Patrol. They can’t handle it now, and that’s not even factoring in the surge that’s coming.”

Biden Owns This Crisis: “It didn’t happen before with the previous administration…one thing is for sure – the border was far more secured than it is now. The Biden administration set off the policies and practices which are a giant pull factor. Every single sheriff that I talked to today said that the pull factor is because of this administration.”

Leaving Border Patrol Powerless: “They’re overwhelmed. They’re going to lose complete operational control of the border, if and when that surge happens. Everyone, including Homeland Secretary Mayorkas, understands that a surge is coming after Title 42 is gone.”