The Biden Administration is Breaking All of the Wrong Records

WASHINGTON, DC – The Biden administration has been defined by the crises it creates and continue to let spiral. In April, migrant encounters at the southern border reached a new record as President Biden prepares to end Title 42.

Customs and Border Protection (CBP) is losing operational control of the border, record number of criminals and gang members are being apprehended, and unprecedented amounts of drugs are flowing across the border—and the Biden administration’s response is to turn its back on the crisis. 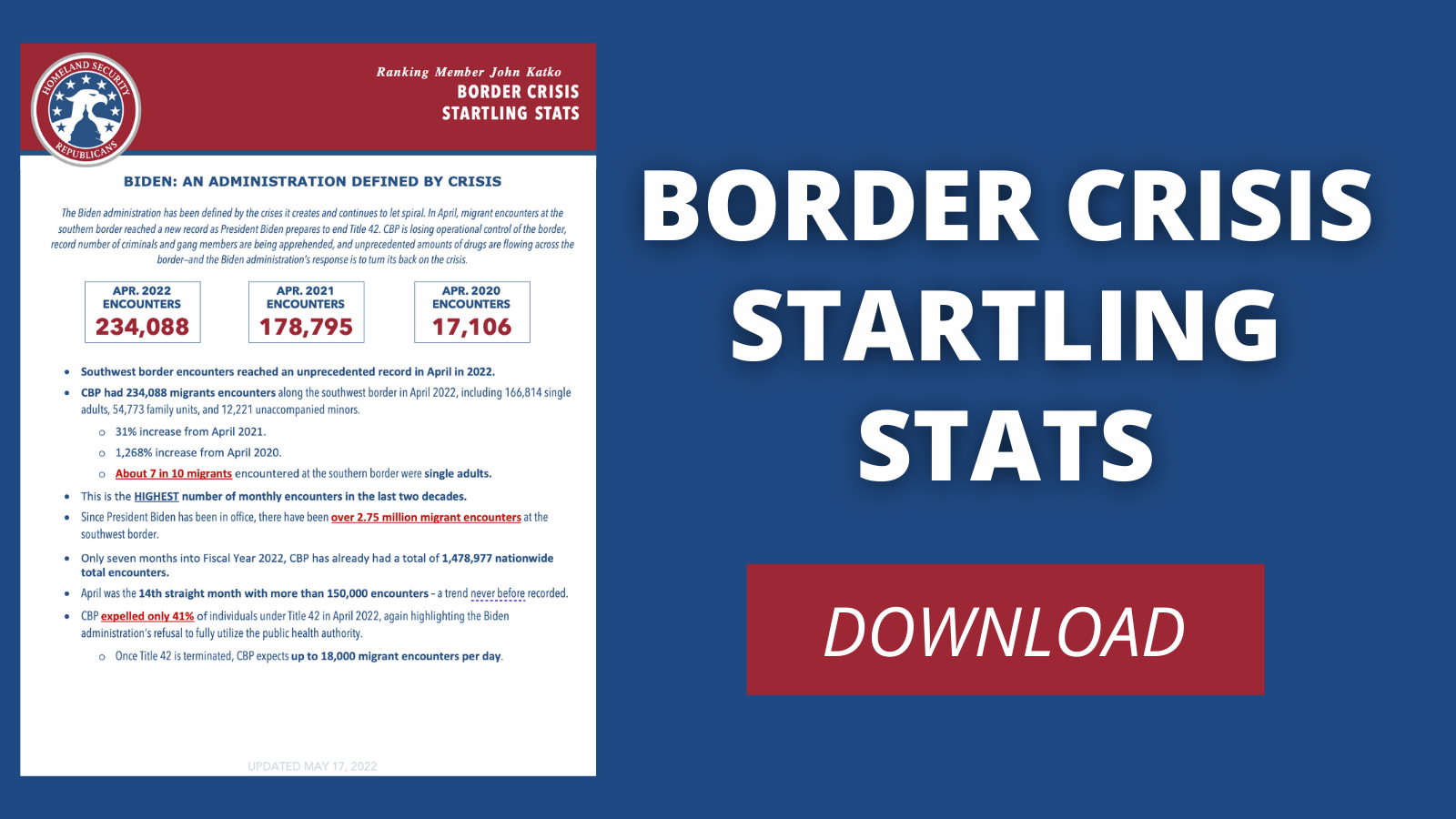