“Startling Stats 15.0” – the Biden Border Crisis is Out of Control

WASHINGTON, DC – The Biden Administration started 2022 with a historic amount of border encounters. Today, Rep. John Katko (R-NY), Ranking Member of the House Committee on Homeland Security, and Homeland Security Republicans released the latest edition of the “Startling Stats” fact sheet, demonstrating that the Biden Border Crisis is not slowing down anytime soon. 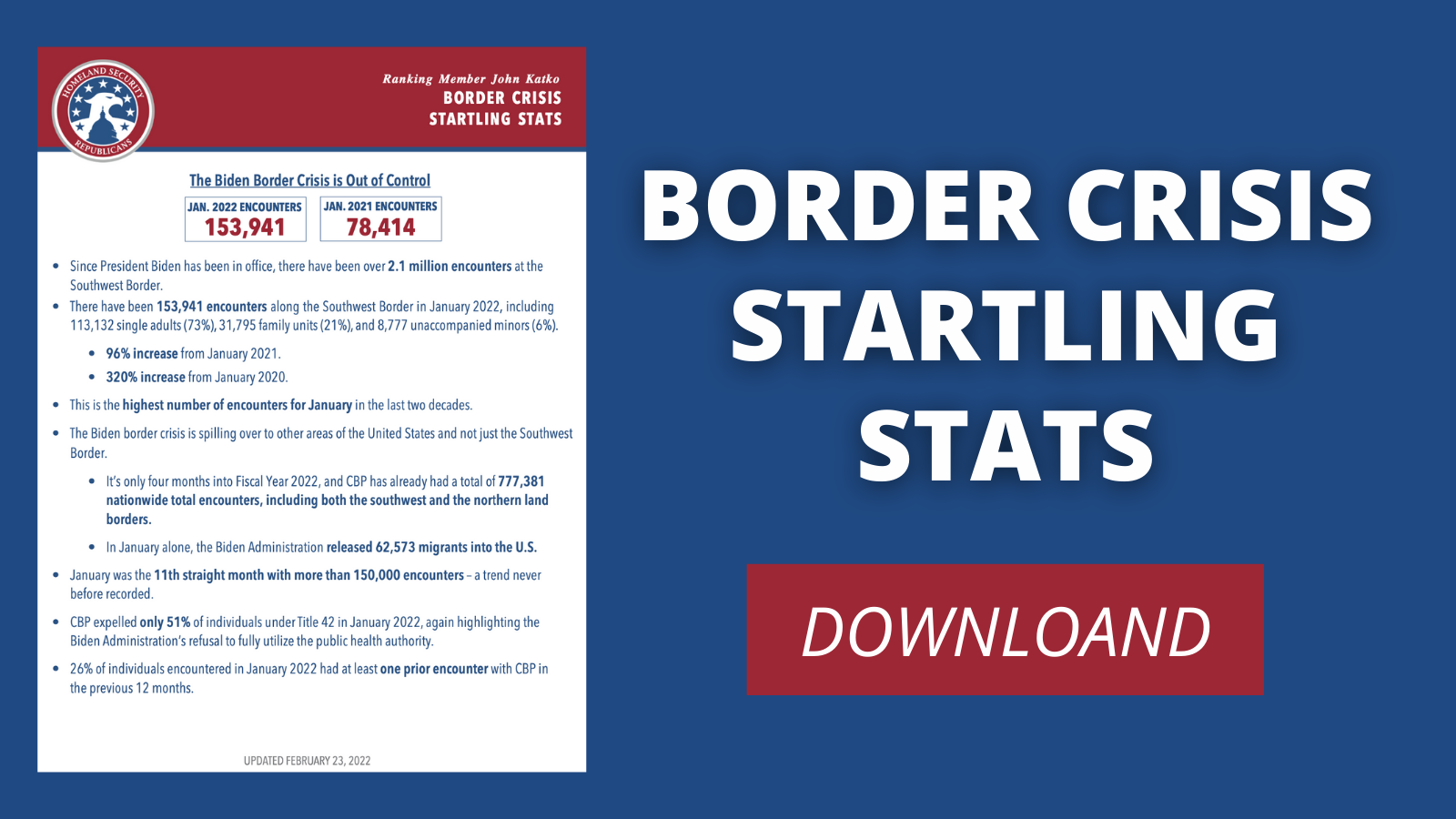