Katko on Fox Business: We’re Going to have Real Chaos at the Border 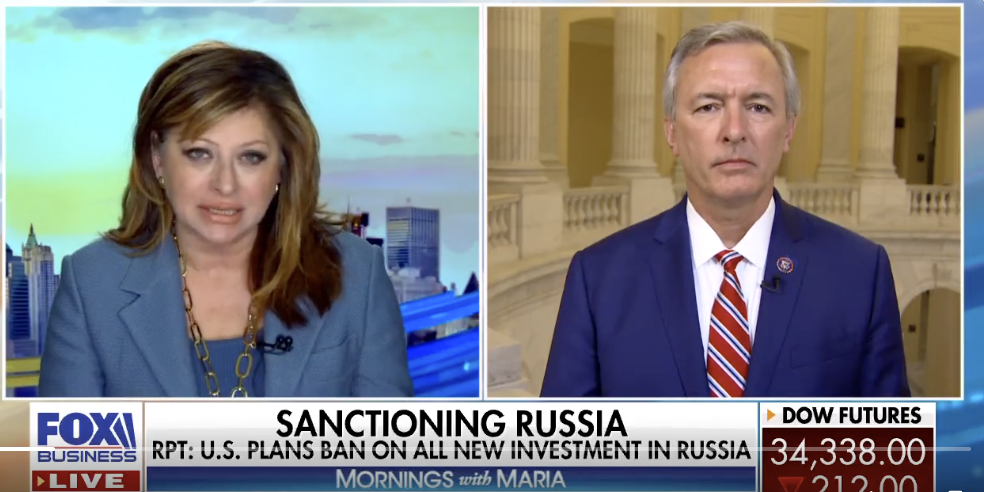 More Strongly Holding Russia Accountable: “With what’s going on in Ukraine right now, it seems like we’re reacting instead of acting. These sanctions come on the heels of what we saw were unspeakable tragedies and atrocities being committed in Ukraine. Why are we waiting until these atrocities happen before we ratchet up the sanctions?”

Escalating Russian Threat to the Homeland: “As far as the impact on the U.S., we are more vulnerable than ever to cyberattacks. Russia is one of the primary and premier cyber-attackers in the world and we have to be ready for that as well. This is going to come to the homeland, there’s no question about it. The more we can do to punch them in the nose now, the more we can maybe stop these atrocities from happening. Dripping them out like we’re doing, dripping out the weapons assistance, and saying no instead of saying yes, that’s not going to work.”

Supporting the Ukrainian People: “We should do everything except send U.S. troops there. That means allowing Poland to send jets to Ukraine. Why are we even getting involved in that? Let them do it. Let them get there. Let them help these people. How much more are we going to watch on TV of these people being slaughtered before we do the things we can do. We’ve been asking well before the war started to get lethal aid to Ukraine in advance of an invasion, not after the fact. Why are we even waiting now for any of this? It’s insane to me.”

Democrats’ Pandemic Hypocrisy: “Title 42 was used by President Trump. It’s been on the books for years to prevent diseases from spreading in the U.S. from outside the U.S. One of those diseases or viruses is COVID. We still have to wear masks on airplanes. They’re still asking for more aid for COVID relief issues. They’re still concerned about COVID issues nationwide. Yet, they’re going to say ‘there’s no COVID issue at the border, come on in.’ That’s incredible.”