WASHINGTON, DC – Rep. John Katko (R-NY), Ranking Member of the House Committee on Homeland Security, joined Fox Business’ Evening Edit to discuss the rise in violent crime across the country, peaking over Memorial Day weekend, as a result of Democrat-controlled cities’ progressive policies that embolden criminals and eliminate consequences for their crimes. 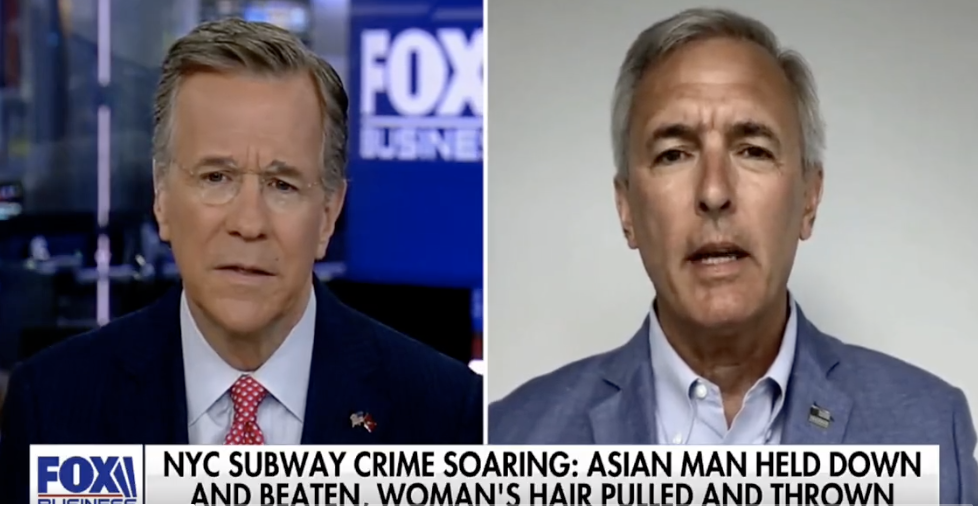 NEW YORKERS ARE IN MORE DANGER THAN EVER BEFORE: “Last week I was in New York City meeting with a lot of the NYPD folks, and they turned to me solemnly and said to me ‘stay off the subways.’ The subways are the lifeblood of New York City and here is NYPD telling me to stay off the subways because they are not safe. That is emblematic of what’s going on in our country. The lawlessness across the country is based on the laws that make criminals less culpable and deter police departments, handcuffing how they do their jobs. It’s really tragic what’s going on.”

BIDEN ADMIN IS DEFINED BY CRISIS: “President Biden is adept at creating crises. He’s not very good at cleaning them up, and this is another one that he’s created. They vilified cops, they defunded police nationwide, and they passed laws to make it much more difficult for them to do their jobs and become basically apologists for criminals.”

PROGRESSIVE POLICIES LET CRIMINALS AVOID CONSEQUENCES: “Yesterday I saw a video of Sephora where people walked in with impunity and just loaded up their bags and walked out of the store. There’s no consequences. I was a prosecutor for 20 years before I went to Congress. When the bad guys think there’s no consequences for their actions, it’s almost like game on. That’s what they’re doing right now across this country. That’s what you’re seeing in Philadelphia, New York City, Chicago, and all over the place this weekend.”

As part of the American Security Task Force, House Republicans have put forward focused solutions to some of the most pressing issues facing our nation’s law enforcement. The American people deserve safety and security and a congressional majority that delivers real solutions, not dangerous policies that weaken law enforcement.  When Republicans take the House next year, we will be ready to hit the ground running with these legislative solutions.