Katko On Fox Business: Afghanistan Is World Headquarters For Terrorism

WASHINGTON, DC – Rep. John Katko (R-NY), Ranking Member of the House Committee on Homeland Security, joined Mornings With Maria on Fox Business to discuss how the homeland has been made less safe by President Biden’s botched withdrawal from Afghanistan. 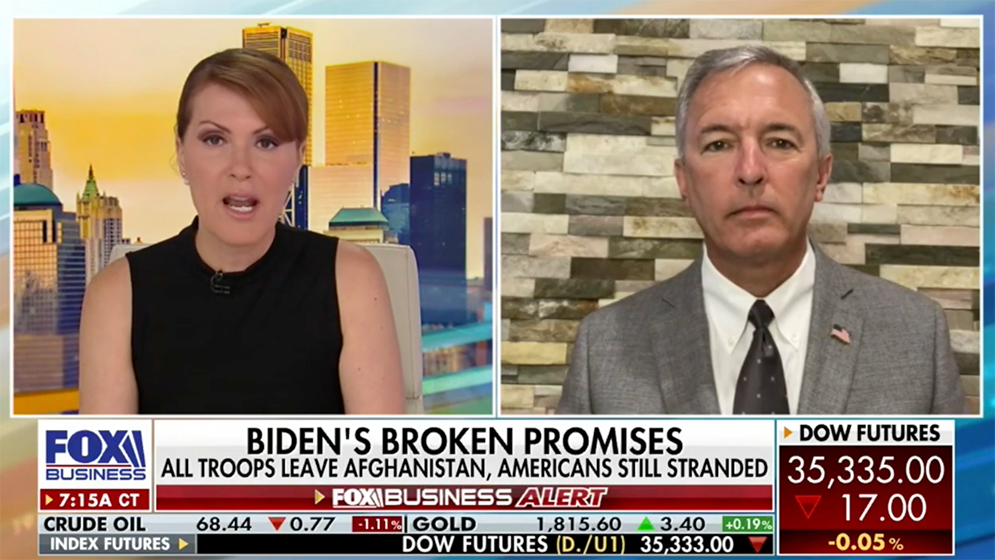 Broken Promises: “First and foremost, I think it’s obvious that the President broke his promise to the American people. He assured us that he was going to stay [in Afghanistan] as long as it takes to get all the Americans out. Now they’re admitting they didn’t do that, which is unbelievable. Also, the thousands of people who helped us over the last 20 years are already getting reprisals from the Taliban.”

Leave No Stone Unturned: “What we’ve got to do moving forward is leave no stone unturned and examine everything we possibly can about how this colossal failure happened and who’s responsible for it. With respect to the President, I want to know if the reports are true – did he really ignore the advice of his top advisors and still tell them to pull out in the manner in which they did, which was a complete calamity?”

Breeding Ground For Terrorists: “The biggest concern with Afghanistan has always been that it’s a breeding ground for terrorists if we don’t have a presence there and don’t have intelligence. The terrorists are already there. ISIS already killed our soldiers. ISIS-K is there. Al Qaeda is there. Prognosticators all over the United States who know the intel and know homeland security issues like I do are very worried about homeland attacks coming in the near future.”

Open Border Attracts Terrorists: “Our southern border is wide open. With this Administration’s policies, people are walking across the border in record numbers. We know from the outgoing Border Patrol Chief that known or suspected terrorists who have been apprehended at the southern border this year is at unprecedented levels. I know that from intelligence briefings that I’ve had. We have a back door that’s wide open now that we didn’t have before.”

Homeland Security In Peril: “Afghanistan has become and will continue to be a world headquarters for terrorism. That does not bode well for the safety and security of the homeland going forward. That’s something I’m going to be working on every day on my committee.”