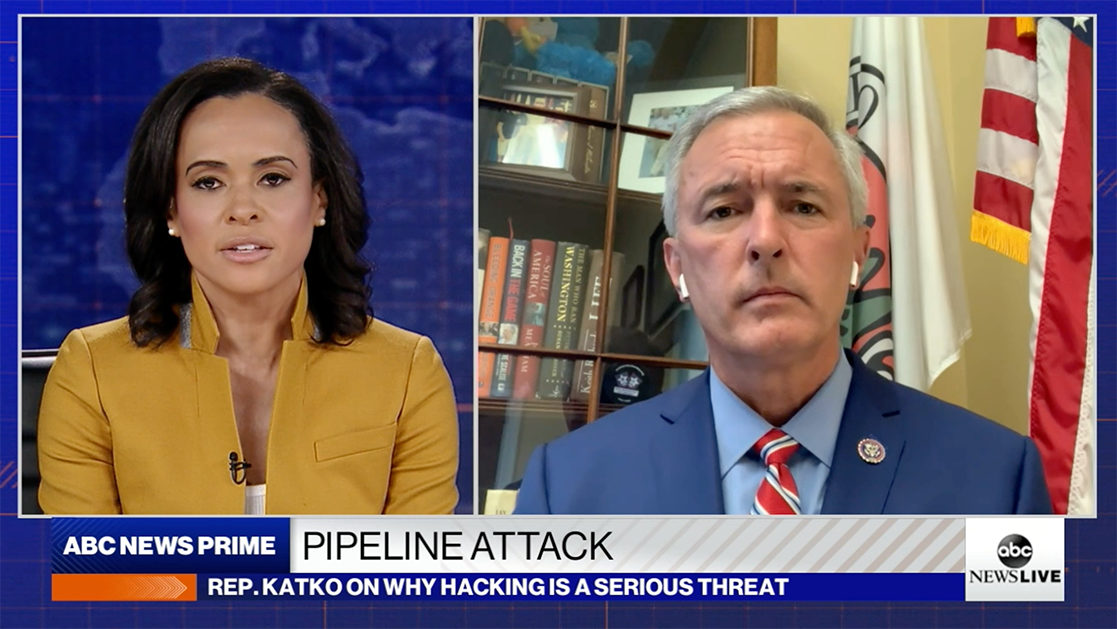 Pre-eminent Threat: “We need to take a look at this Colonial Pipeline attack and see that this is one in a long line of ransomware attacks on our country. We’ve had attacks on hospitals and schools, and now they’re going to critical infrastructure. I think this is a major shot across the bow to tell us as a country to wake up to the fact that cybersecurity is a pre-eminent threat to our national security right now.”

Reprioritizing Cybersecurity: “Going forward, we need to do a stem to stern reevaluation of and a reprioritization of securing critical infrastructure not just from physical attacks, but from cyber attacks. It’s such an important thing to do, and I introduced a bill to deal with just that issue.”

Continuity of Economy: “Last year, we had something pass in the National Defense Authorization Act called the Continuity of [the Economy]. The Administration is mandated by that bill to come up with a plan to ensure there’s continuity of the economy when there’s cyber attacks to critical infrastructure. We have to understand it’s a threat that could metastasize if we don’t deal with it effectively. We need to really prioritize cybersecurity going forward.”

Bipartisan Consensus: “Bipartisanship is the norm on the Homeland Security Committee. Chairman Bennie Thompson and I have a lot of different views on a lot of different things, but we love our country like everyone else in Congress. That transcends everything we do on Homeland Security. That’s why Bennie and I together are going to attack these cybersecurity issues.”