WASHINGTON, DC – The Biden Border Crisis continues to intensify with no signs of slowing down. Today, Rep. John Katko (R-NY), Ranking Member of the House Committee on Homeland Security, released the latest edition of the “Startling Stats” fact sheet, detailing new data on the crisis at the southwest border. 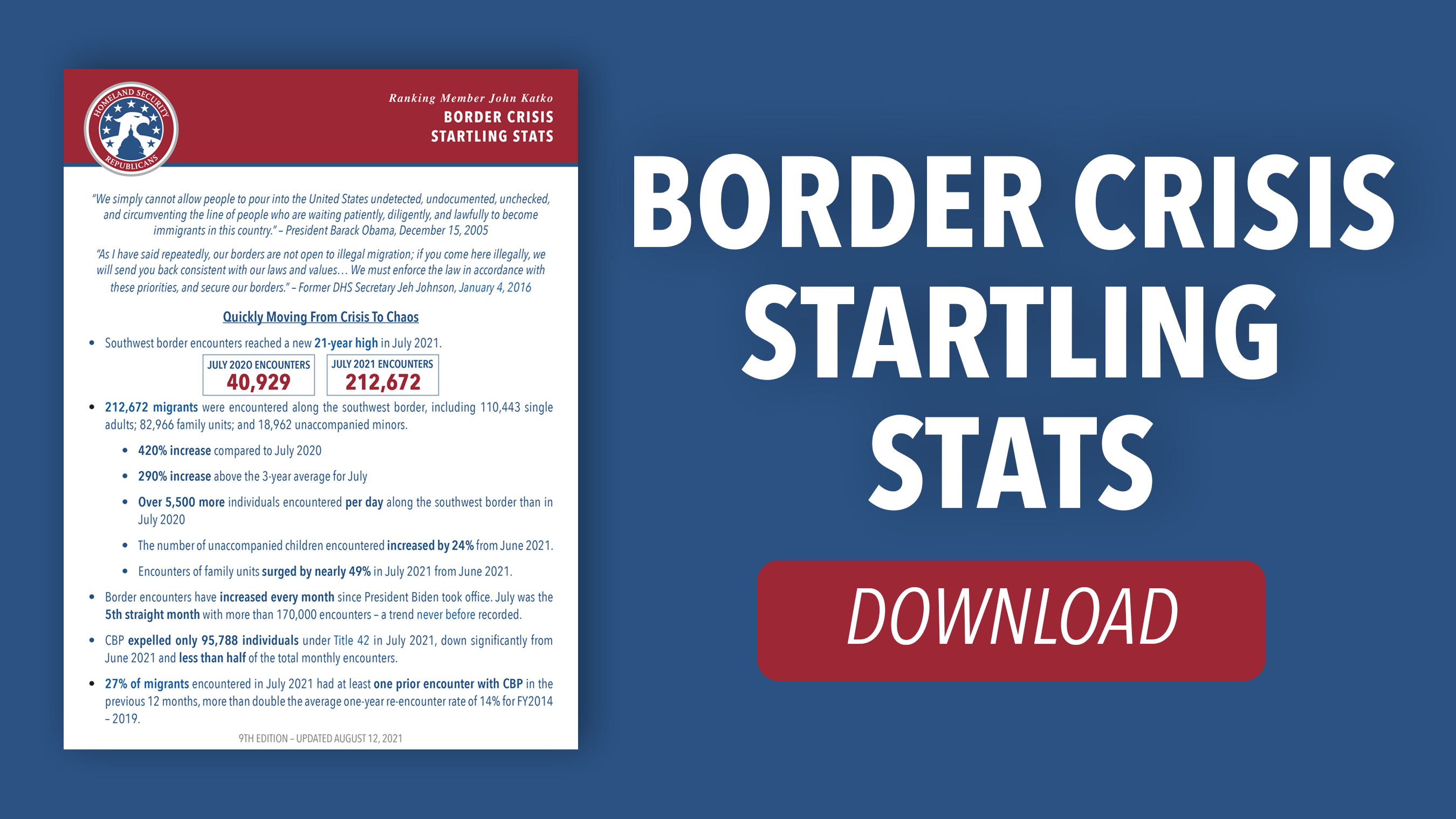 President Biden’s disastrous open border policies have turned the border crisis into utter chaos. It’s time to stop pretending this crisis will fix itself and take action to ensure the safety and security of all Americans.

Ranking Member Katko, along with Homeland Security Committee Republicans and House Republican leadership, introduced the Border Security for America Act of 2021 (H.R. 4828), which would secure our borders by resuming construction of the border wall system, deploying effective technology, and placing more boots on the ground.