WASHINGTON, DC – Rep. John Katko (R-NY), Ranking Member of the House Committee on Homeland Security, joined ABC News Live to discuss China’s cyber aggression and why it’s time the Biden Administration start treating the CCP as the greatest threat to U.S. interests and economic security for the next 50 years. Ranking Member Katko has consistently called out China’s malign activity and released an analysis of the China threat earlier this year. 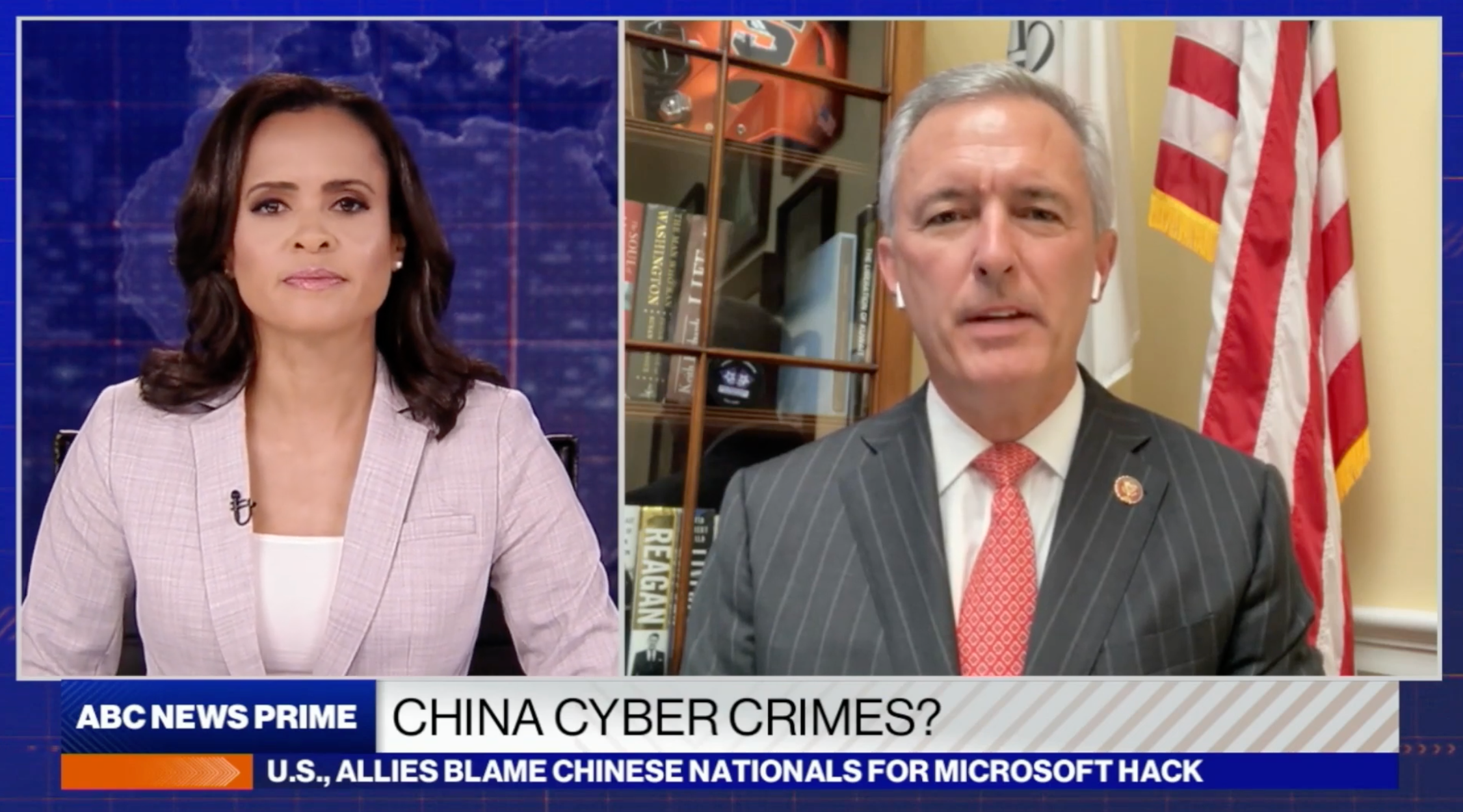 Direct Threat: “We’ve known for a long time that China is one of the worst offenders when it comes to cyber attacks. China is a direct threat to the economic stability and security of our country.”

Follow Through: “Secretary Blinken’s words were strong and needed but we have to follow up with action. If we don’t follow up with action, we’re a paper tiger and China’s going to walk all over us like they have been doing. Bad guys only understand strength. If we don’t respond with sanctions and strong punitive actions instead of just words, China’s going to continue to run roughshod over us in cyberspace which would be catastrophic.”

State-Sponsored Attacks: “In Russia, a lot of times it’s not the state itself doing the attack but state-sanctioned cyber groups that are within Russia operating with impunity. The attacks are just as bad as if the state was doing it themselves, in my opinion. In China, much of it is state-sponsored and state acts. That appears to be the case with Microsoft.”

Bad Actor: “China wants to be looked at as a world leader, yet they’re engaged in these catastrophic cyber attacks, and they’re also engaged in genocide of their own people, the Uyghurs. Why are we tiptoeing around the terribly bad actions of China? It doesn’t make sense to me.”

Everything On The Table: “We need to put teeth in our response. We need to put everything on the table, up to and including the 2022 Winter Olympics, not just for the cyber attacks, but for the genocide China is committing. We can’t be doing business with irresponsible nations like China if they’re going to continue to act like this. We certainly can’t turn a blind eye to what they’re doing.”

Standing Up To China: “We need to curb China’s conduct, counter them, and compete against them and make sure they don’t continue to act the way they’ve been acting.”