WASHINGTON, DC – Rep. John Katko (R-NY), Ranking Member of the House Committee on Homeland Security, joined The Evening Edit on Fox Business to discuss the GOP solution to end the crisis at the border. The Border Security for America Act of 2021, introduced yesterday by Ranking Member Katko and a number of top House Republicans, would require that the federal government secure our nation’s international borders through the renewal of border wall construction contracts, investments in advanced technologies, and bolstering support for federal law enforcement officers and specialists. 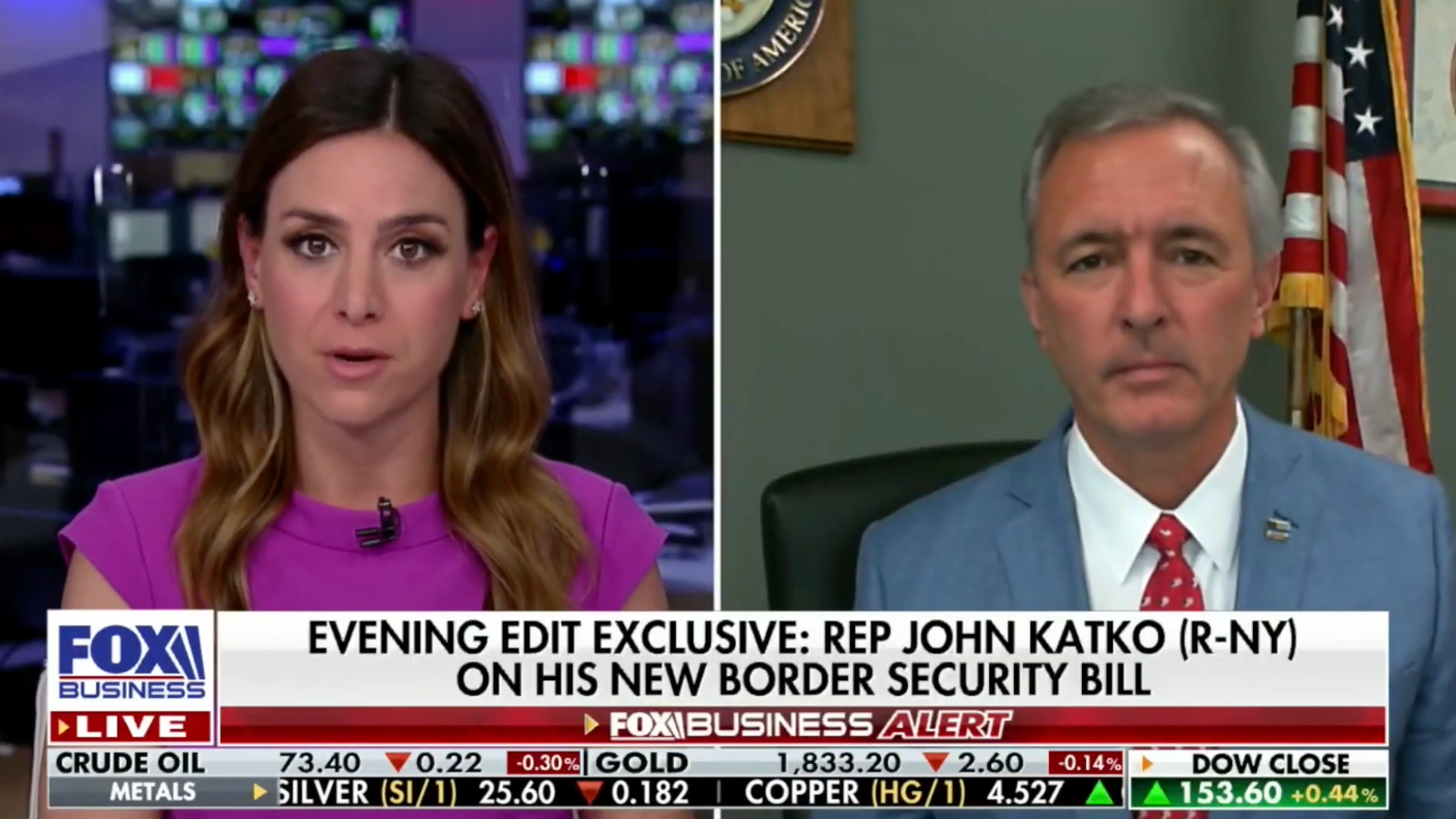 Crafted From Firsthand Knowledge: “I spent a lot of time as a prosecutor prior to coming to Congress on the southwest border, and I’ve also spent a lot of time since I’ve been in Congress on the southwest border, especially this year, leading delegations and speaking to the frontline workers. What we’re proposing is based on our discussions with them.”

Proven Solutions: “There are three components [of the Border Security for America Act]. First is to resume and complete what President Trump initiated with respect to border wall construction. Second is to greatly enhance our border technology. We have tremendous technologies that are not being properly utilized at the border. Third is to have more boots on the ground. There’s been a tremendous attrition rate in the Border Patrol, born out of the fact that they’re so frustrated with not being able to do their jobs.”

Biden’s Policies Aren’t Working: “Along the border they literally have piles of steel rebar and everything is just sitting there because they halted construction so quickly. By halting their contracts, it’s costing us billions of dollars. It’s insane what’s going on down there and our country is suffering from it.”

Border Crisis Enriching Cartels: “The cartels are having a field day. They’re getting enriched by the human trafficking because everybody that comes across is paying $4,000 on average, and last month alone 188,000 people crossed. Do the math.”