Katko on Mornings with Maria: Border Story Needs to Be Told

WASHINGTON, DC – On Fox Business Network’s Mornings with Maria, Ranking Member John Katko (R-NY) announced he will lead all Homeland Security Republicans on a trip to the border in the coming weeks and will formally request that press be allowed to join so Americans can see the conditions of Customs & Border Protection (CBP) facilities for themselves. During the conversation, Katko also discussed the threat China poses to our homeland and his push to move the 2022 Winter Olympics from Beijing. 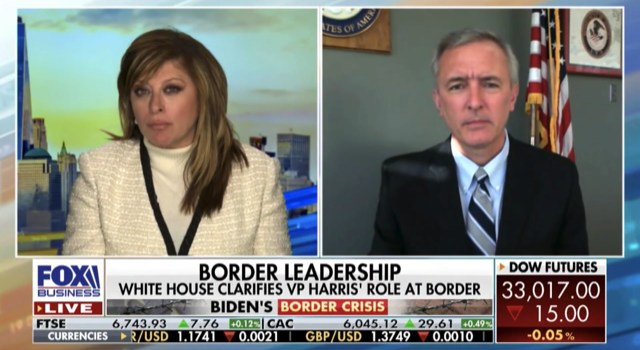 Time for Transparency: “We went down to the border near El Paso a few weeks ago. Press was not allowed anywhere. We couldn’t bring our phones in or take any pictures. They didn’t want us to portray to the American people what is really going on. It’s high time that the media has access so they can tell the American people what’s going on. The story needs to be told.”

Picture Speaks a Thousand Words: “I prosecuted drug cartels for 20 years as a federal organized crime prosecutor prior to coming to Congress. Now, as head of the Homeland Security Republicans, I can tell you unequivocally a picture speaks a thousand words, and they don’t want those words spoken. They don’t want people to understand the gravity of the situation.”

No Coincidence: “It’s no coincidence that no one in the Biden Administration wants to take ownership of this issue. Vice President Kamala Harris seems to be running from it. She doesn’t want to be seen as the point person for what is going on at the border because it is a terrible situation that was created by President Biden’s executive orders on January 20.”

Serious Situation: “When we talked to the border patrol agents, several things were apparent. They’re releasing people into communities without testing them. The facilities are badly overcrowded. Border patrol agents are being pulled off the line and making the border itself that much more dangerous. And the fencing is not completed. This is a very serious situation, and it deserves some light being shed on it, and we’re not going to stop until we accomplish that.”

Greatest Threat to the Homeland: “People in the United States need to wake up because China has a 50-year plan. Their idea is not to be a peaceful neighbor on the world state; their plan is to dominate. It starts by quelling democracy movements at home, and that’s exactly what they’ve done in Hong Kong… Things are doing on in China that we need to take a stand against. They are literally engaging in genocide as we speak.”

Boycott Beijing Olympics: “I can tell you from being a prosecutor, the only thing the bad guys understand is strength, we’re not projecting strength. One way we could do that is by saying we’re not going to have our athletes compete in an Olympics in China next year while China is engaged in atrocities – putting people in concentration camps, forced sterilization, forced abortions, slave labor, and even murdering them. I say move the Olympics to a country that enjoys democracy and is a good citizen on the world stage. China is not.”