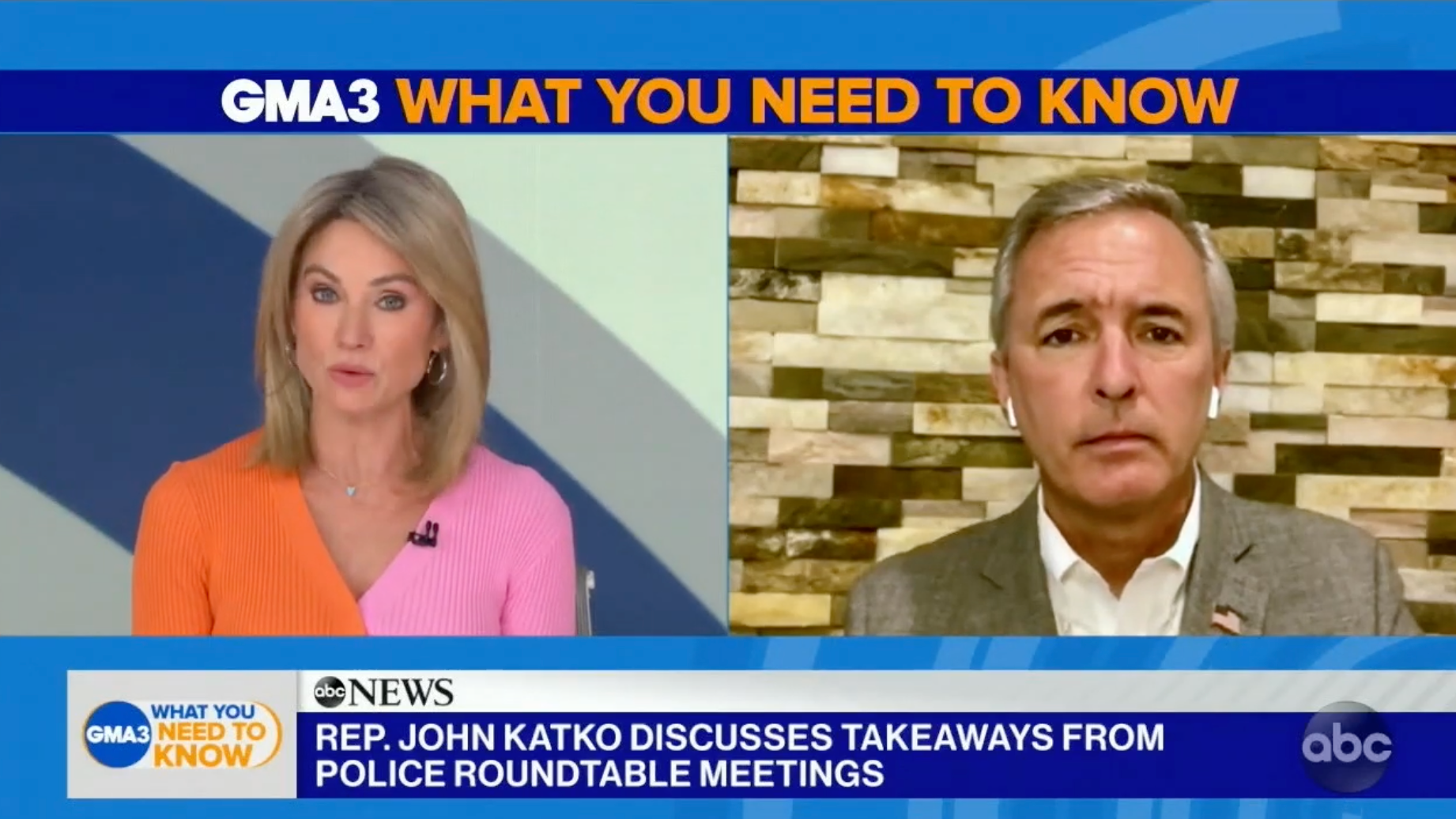 Direct Correlation: “What we’re undertaking is going to hotspots across the country where they’ve cut funding for police and trying to highlight why that’s a bad idea. They cut funding by one sixth in New York City and shootings are dramatically higher. We went out to Portland and they cut almost 10% of their workforce and homicides are up 533%. There’s a direct correlation that we’re finding between cutting funding for police and a rise in violent crime.”

Training Requires Funding: “If you want to retrain police, if you want police departments to meet federally accredited standards, you need to give them the funding to do so.”

Show of Strength: “When we know who the bad actors are – and lately the bad actor of major ransomware attacks has been Russia – you can’t just talk words with them. We’ve got to respond with strength and tell them when you do this, this is going to be the response, even if it’s a disproportionately strong response. We have the offensive cyber capabilities and we have some diplomatic abilities to put the hurt on the bad actors.”

We Mean Business: “Russia, China, Iran, and North Korea are the main proponents [of cyber attacks]. Of the last several cyber attacks, which are increasing in severity and complexity, they’re all emanating from Russia. We’ve got to send a strong signal that we mean business and that we’re not going to allow this to continue.”

Harden Systems on Front End: “On the other hand, we’ve got to get the message to companies, corporations, businesses, and individuals that you need to have better cyber hygiene. We can’t just talk about hardening our systems after a hack and hope that we’re not the next one. We’ve got to harden those systems on the front end. CISA can really provide a lot of tools to help and that’s one of the things we’re highlighting.”