WASHINGTON, DC – Rep. John Katko (R-NY), Ranking Member of the House Committee on Homeland Security, joined John Roberts on Fox News to discuss his push for a U.S. boycott of the 2022 Winter Olympics in Beijing because of China’s flagrant human rights abuses and ongoing acts of genocide.

Earlier this week, Katko urged President Biden to work with the international community to relocate the Beijing Olympics to a country that actually lives up to the values of the Olympic Charter. 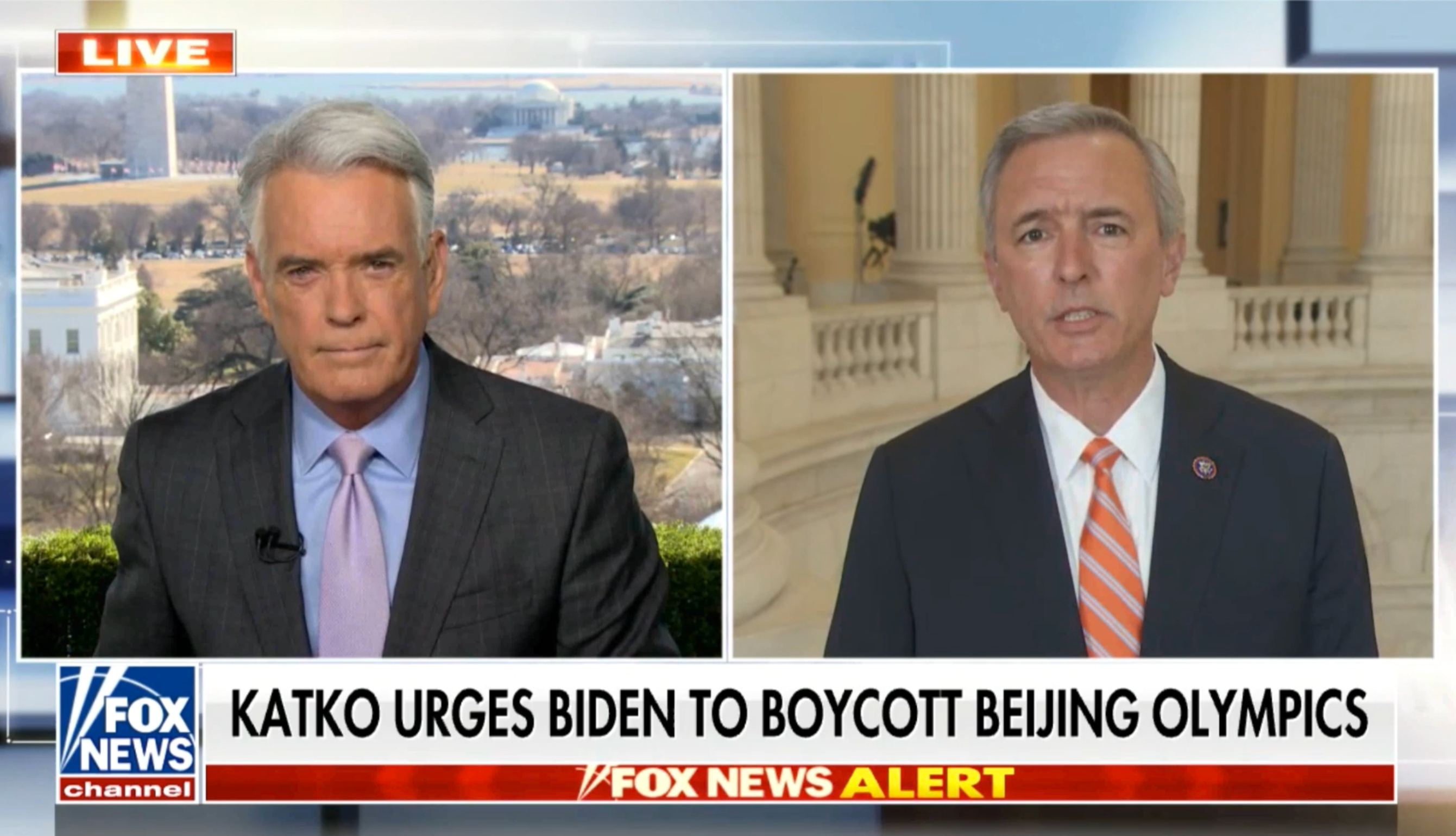 Actively Committing Genocide: “[China] is gathering up millions of people, even as many as three million ethnic Muslims, primarily Uyghurs, in concentration camps and they are systematically engaging in genocide as defined by the United Nations.”

Legitimizing an Authoritarian Regime: “President Biden, when he was on the campaign trail, acknowledged [this genocide]. He hasn’t since he has been in office. The Canadian government just voted unanimously yesterday to try to get the Olympics moved to another venue for next year. That’s all I am asking. I am not saying we prevent the athletes from competing. I want them to compete, but I don’t want them to compete in a country engaged in genocide. That sends the absolute wrong signal to people around the world. It’s high time we stand up to China and its tactics and say enough is enough. I am asking the President to lead.”

Time Is of the Essence: “We have plenty of time if the President acts swiftly and uses his authority as the leader of the free world to move the Olympics to a more friendly venue so we aren’t rewarding ghastly behavior…There is time to act. We can move the games to a more friendly location so the athletes can still play, but time is of the essence. Let’s get it done.”