Katko on Fox Business: Drastic Rise in Crime Is a Homeland Security Issue

WASHINGTON, DC – Rep. John Katko (R-NY), Ranking Member of the House Committee on Homeland Security, joined Fox Business’ Evening Edit, to discuss the growing rise in crime across the country from big cities to more rural areas as a result of leftist, criminal-apologists’ policies and why this drastic rise in crime is becoming a homeland security issue. 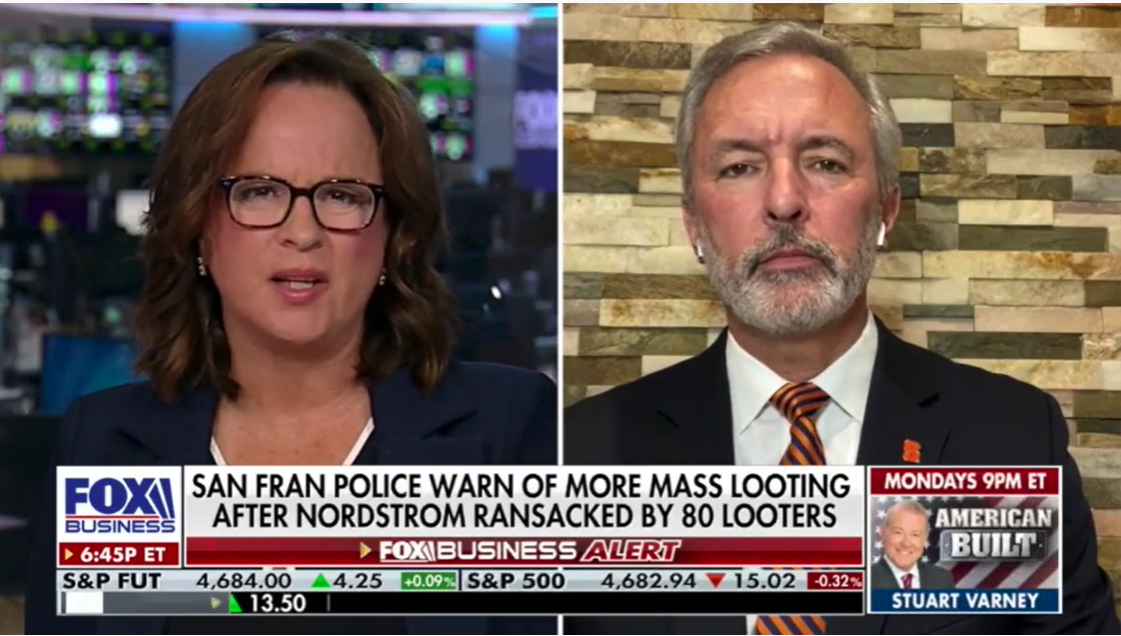 Americans Are Sick of Pervasive Lawlessness: “That’s what happens when we see apologists for criminals and they denigrate law enforcement’s ability to enforce laws. I think the pervasive lawlessness is really indicative of what we’re seeing now. We’re seeing people who start out with maybe grabbing a few things in a store and throwing them in their pocket to now organized criminal activity—going into a store with lead pipes and guns and having a whole line of cars outside ready to take them away with all the loot they stole. There are no consequences and that’s what’s happening across this country. It’s really terrible.”

Criminal Apologist District Attorneys: “I was a federal organized crime prosecutor for 20 years before coming to Congress. Now I head the Homeland Security Committee for Republicans and I can tell you based on my 30 years of experience doing this, criminals know how much they can exploit the situation and we open the door for them with these apologist DAs, who handcuff the ability of law enforcement to do their job and you couple that with bail reform and all the other things are doing to put people back on the streets.”

Tragedy in Waukesha: “You have these terrible situations like what happened at Nordstrom in San Francisco, but also what happened in Waukesha this week in that terrible tragedy. My heart goes out to those people.”

No Accountability From The Left: “There isn’t going to be accountability from the left. The San Francisco District Attorney’s Office, for example, it’s happening within as more than a third of their prosecutors left or are being pushed out for not going along and toeing the company line, so to speak. And the District Attorney in San Francisco is now facing a recall. So I think the American people are fed up seeing this stuff.”

Rising Crime Is a Homeland Security Issue: “We’ve got to push this nationwide because it’s actually become a homeland security issue. Terrible violence is happening across this country, the lawlessness, the activist district attorneys are all things we’ve got to fix. We’ve got to stand up and say this isn’t right…we’ve got to go back to the understanding that crime is not just about the criminal, it’s about keeping people safe. And we’re not keeping people safe right now in this country.”

Leader McCarthy’s American Security Task Force: “I am head of what’s called the American Security Task Force which Leader McCarthy appointed me to, and I’m going nationwide to many of the cities you mentioned. It’s stunning to hear everything you said but on top of that, police are so despondent. I’ve never seen in the 30 years I’ve been in law enforcement, how bad they feel about their job and how they feel like they can’t do their job because of the apologists that we’ve become in this country for criminals and criminal conduct…We need to keep the public safe and right now, we’re not doing that. We’re going to fix that with this task force. We’re going to have a legislative agenda ready to go.”