Katko On Fox Business: Biden Admin Has No Plan To Handle Border Crisis 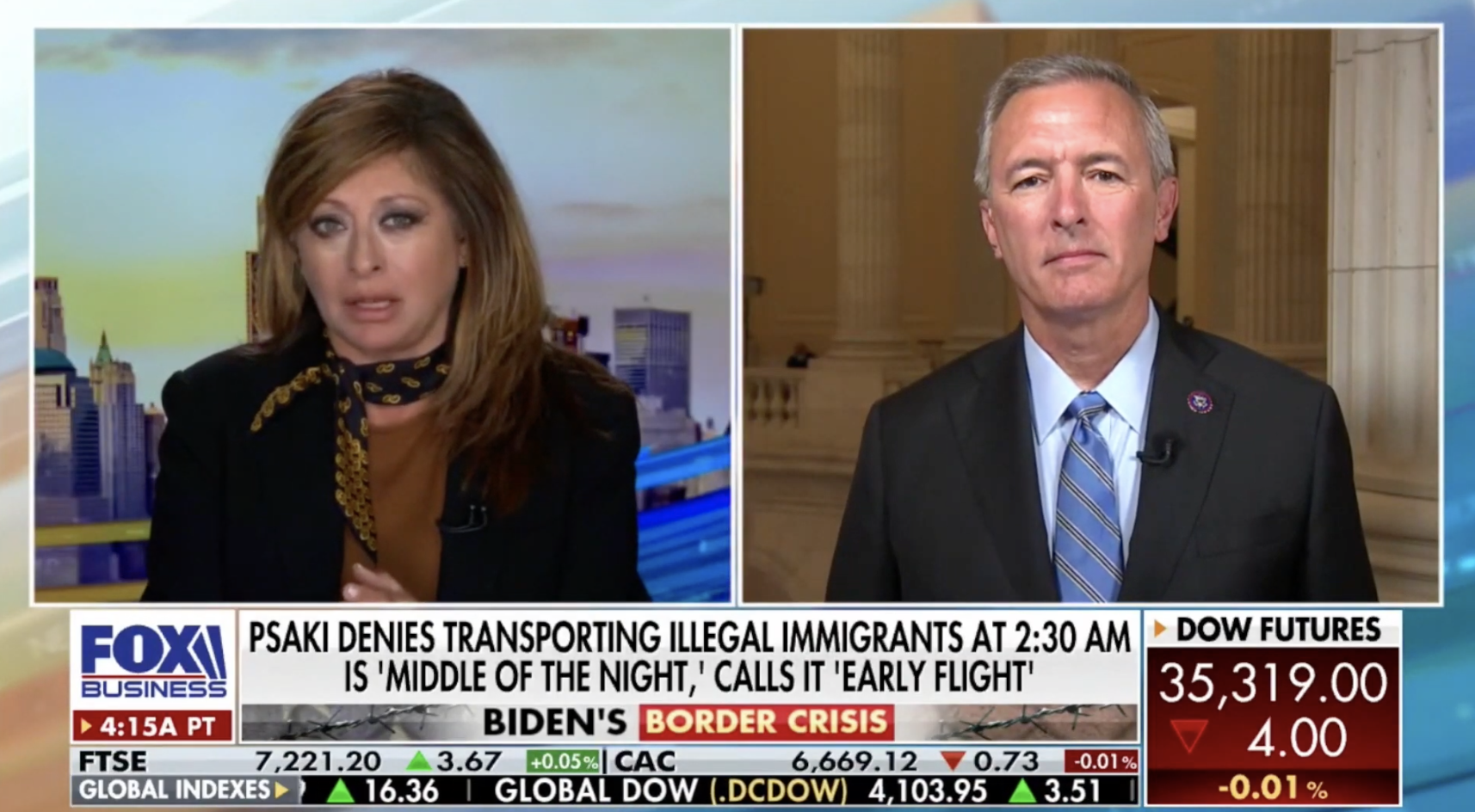 Secretly Flying Migrants: “Unfortunately, this has been happening for quite a while now. Every time there’s a surge at the border, this is what [the Biden Administration] does to disseminate folks throughout the country to release the pressure at the border. There’s no vetting going on and they’re not working with the locals, that’s for sure. This is just one time when they got caught doing it, but they’re doing it all over the country.”

No Plan: “The border is a mess, and there’s really no plan other than to disseminate people into the interior of the country. Every state is a border state now, and every city is a border city. This is how they’re relieving the pressure – they’re letting all these illegals come in and then they’re throwing them on planes as quickly and quietly as possible… They’re doing it as surreptitiously as possible, and that is emblematic of the fact that they don’t have a plan and they know what they’re doing is not right.”

CBP Nominee Refuses To Acknowledge Crisis: “His answer completely ignored what all of the frontline employees – the 18,000 Border Patrol agents – are saying. I’ve talked to them many times. They all say the same thing – we need to go back to the policies we had. These aren’t working. Period. He’s just towing the company line and it’s disgraceful.”

Effective Border Security: “I have a bill that’s ready to go that will change the border protection completely back to what it was. It will finish building the barriers that are so unbelievably effective, increase electronic surveillance along the border, and beef up border patrol [staffing] significantly. Those three things and going back to the policies we had are the only thing that’s going to make this thing change.”