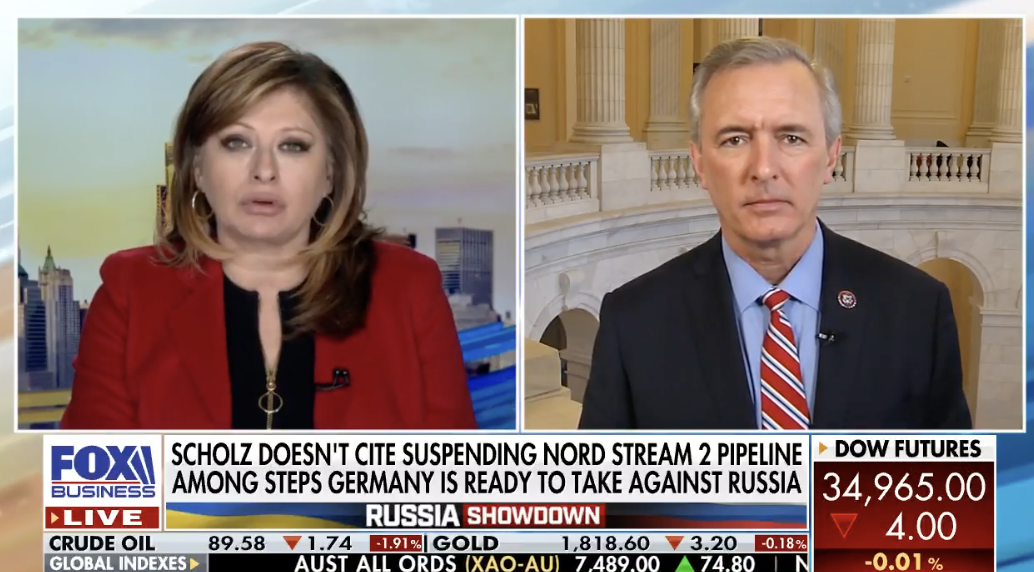 Nord Stream 2 Pipeline: “If Germany and the United States were united on the Nord Stream 2 Pipeline issue, the Chancellor had an opportunity to say that yesterday with the President and he didn’t, and that speaks volumes for the lack of cohesiveness with Biden’s foreign policy. He’s not projecting strength, and Putin is exploiting that. He didn’t project strength with Afghanistan, and he didn’t project strength with the Iran Nuclear Deal, which he is begging Iran to come back into. He’s not projecting strength with China or Russia with their massive cyber attacks against us. This is symptomatic of a larger problem – there’s no strength and the bad guys are exploiting it. And Putin, make no mistake about it, is a bad guy.”

Senator Cruz Says Putin’s Objective is to Reassemble the Old Soviet Union: “Even if he’s thinking about it, it means we’re not projecting strength. If we don’t have the deterrence for Europe and we’re not united with Western Europe, we’re not united with our allies, and we’re not projecting the strength from the United States, he may indeed think that, and that’s a problem for us. I agree with his fundamental premise that this is what Putin’s probably thinking of and we are empowering him by showing weakness. Make no mistake about it. Think about the Iran Nuclear Deal when Biden was a point person for that. They were basically begging Iran to come into the deal, and then they gave them $150 billion in assets, some of which is shipped over on pallets to Iran, the largest state sponsor of terrorism. That was a signal then, and that is a signal now that he is weak on foreign policy.”

Iran Nuclear Deal: “With respect to the Iran Nuclear Deal, it sounds like they’re bending over backwards for the largest state sponsor of terrorism in the world, Iran, basically begging them to get back into the Nuclear Deal. That is not strength, and bad guys see that. What do you think Xi is thinking right now when he’s trying to decide whether he’s going to have the guts to invade Taiwan? He’s looking at us saying, ‘Well, we don’t have to worry about the U.S. because they’re not going to do anything.’ And that’s a real concern.”

Impact of Biden’s Failed Border Policies on New York: “We’re very concerned about what’s going on in New York and we’re going to deal with that issue going forward, as well, especially with respect to drugs. If you look at the fentanyl issue, it’s killing our kids. And what’s coming across the border makes every city and every town a border town because of what’s going on at the border.”

Biden not Mentioning the Fentanyl Crisis: “What’s his answer to it? Fentanyl seizures are up dramatically. We’ve had enough seizures of fentanyl to kill every man, woman, and child in the United States 7 times over. What’s he going to say? It’s the first time in our nation’s history where more than 100,000 people have died of drug overdoses.”