WASHINGTON, DC – Rep. John Katko (R-NY), Ranking Member of the House Committee on Homeland Security, joined Carl Quintanilla on CNBC’s The News with Shepard Smith to discuss the recent ransomware attack on Colonial Pipeline Company. Katko underscored that the U.S. must do a better job of securing critical infrastructure networks and urged the Administration to impose serious consequences on those responsible for the attack. 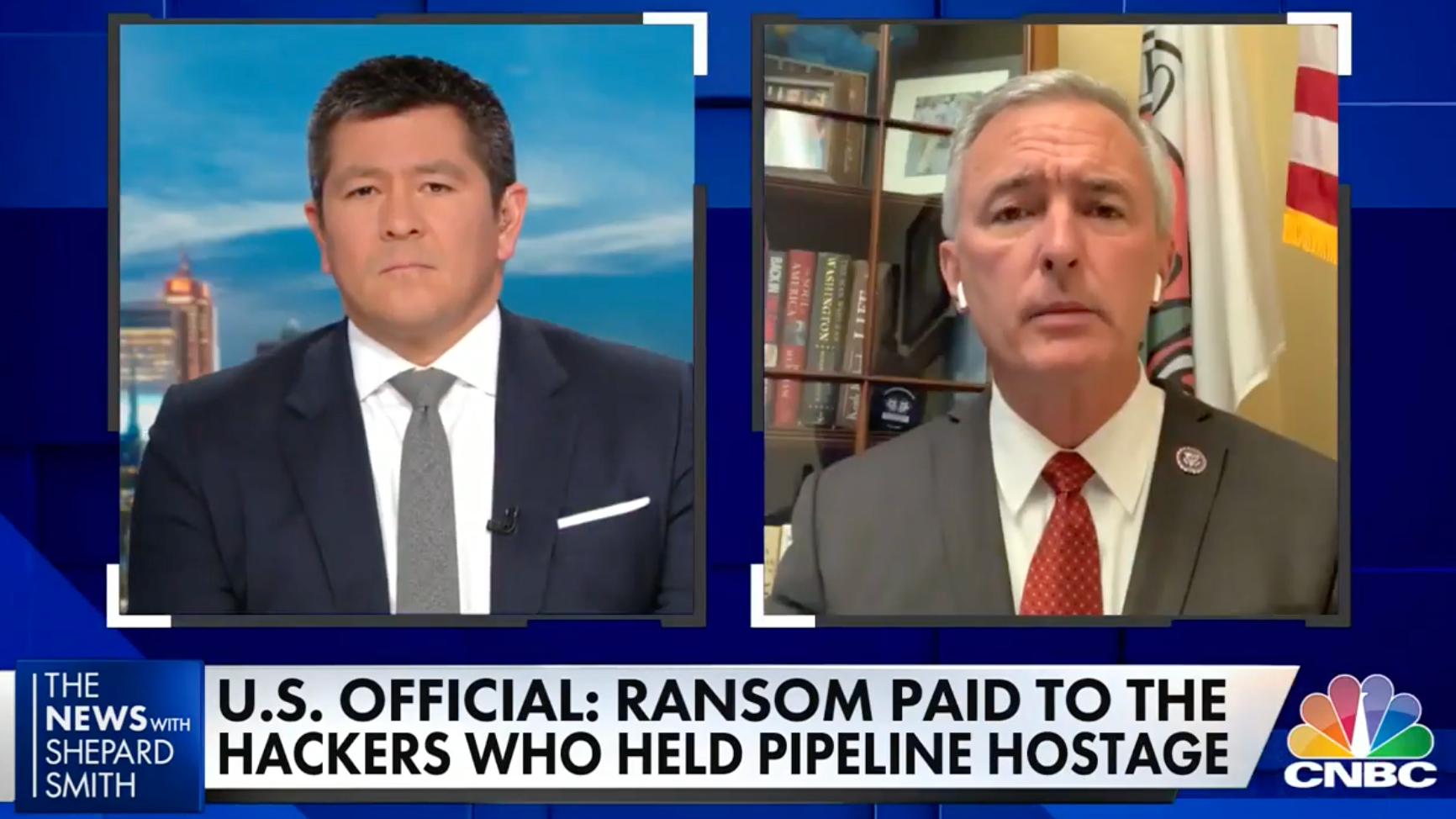 Significant Attack: “There seems to be an escalating series of ransomware and cyber attacks on the homeland. As the Republican head of the Homeland Security Committee, it’s our job to try to figure out what to do. This is probably the most significant ransomware attack on one of our critical infrastructure sectors ever.”

Russia’s Role: “Make no mistake about it – this was a major act in Russia. I find it hard to believe that the Russian government, given their sophistication with ransomware attacks and their knowledge of them, didn’t at least have tacit approval of this. That’s something we need to take a look at.”

Money Trail: “I don’t think it’s a great move [to pay ransom]. More importantly, if people do pay the ransom, we need to do a much better job, like I did as a prosecutor, following the money trail. Almost uniformly with these ransomware attacks, [hackers] get paid in cryptocurrencies and we’ve got to find a better way to find the money trail.”

Serious Response: “There’s got to be a very serious response here. I’m heartened to hear the Administration is contemplating a serious response. We’ve had a lot of very serious cyber attacks recently and I’m not sure our responses are having the bad guys get the message. We need to amp that up for sure.”

Team Effort: “CISA is woefully underfunded and understaffed, and we need to do a better job of helping these private sector companies with their security posture. On the other hand, the private sector companies have got to be willing to work with us. … It’s a team effort. … I’ve been calling for beefing up CISA considerably in the next few years.”

This month, 4 migrants robbed a store in #NY04 before they were caught by @NassauCountyPD.

@HomelandGOP will work to end this madness & secure our borders.

How was the TSA no-fly list so easily obtained by a hacker? What further vulnerabilities exist?

Americans should be able to trust that our transportation systems are secure.

@RepMarkGreen and I are demanding answers from the TSA.