New York City, NY— Rep. John Katko (R-NY), top Republican on the House Committee on Homeland Security, delivered this week’s Republican Address from Ground Zero in New York City to commemorate the 20th anniversary of the devastating attacks on our nation on September 11, 2001.

You can watch the address here or below. 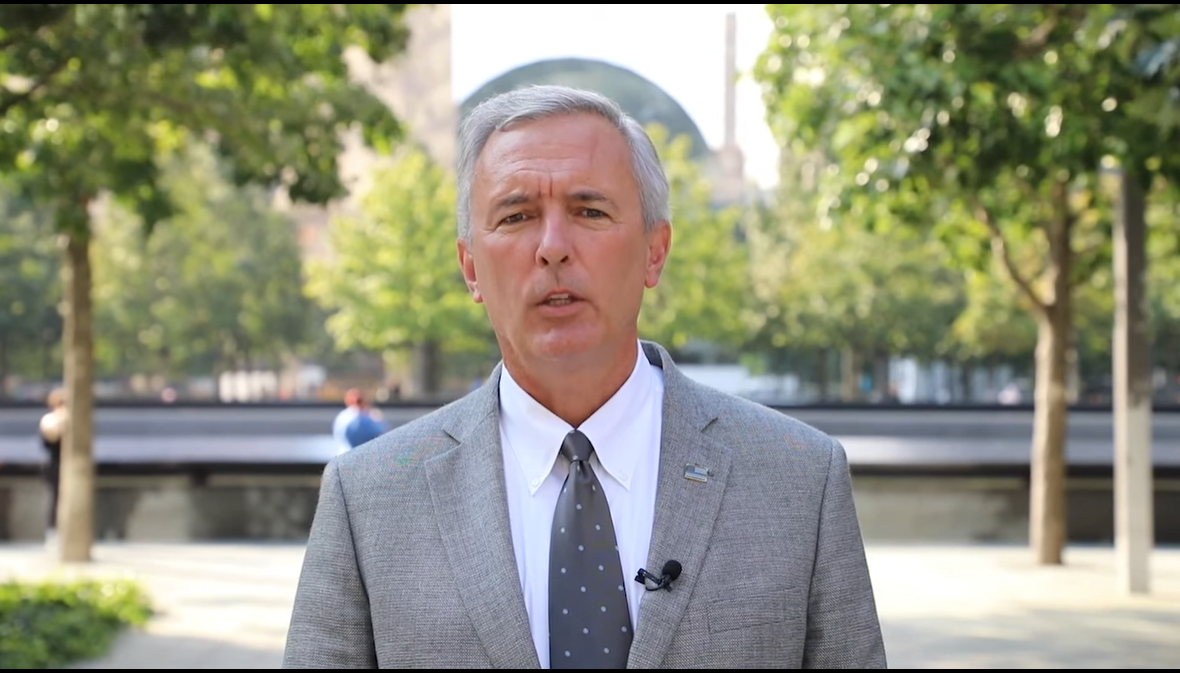 “I am U.S. Congressman John Katko. I proudly represent New York’s 24th District in the U.S. House of Representatives and serve as the top Republican on the House Committee on Homeland Security.

“I am honored and humbled to deliver this week’s Republican Address as we reflect on the 20th anniversary of the September 11th attacks on our nation.

“The words ‘Never Forget’ continue to ring out as a somber reminder of the fragility of our national security and a commitment to always honor those lives lost.

“We remember the first responders who ran toward danger without hesitation.

“We remember the heroes who sacrificed their lives to save others, including the brave passengers and crew of Flight 93.

“The attacks on 9/11 fundamentally altered the security posture of the United States and the way we engage in the world.

“Following one of the darkest days in our history and united by our grief, we resolved to find those responsible and bring them to justice.

“And we pledged to never again allow a failure of intelligence to compromise our homeland security.

“The Department of Homeland Security was founded shortly after 9/11. Charged with unifying government efforts to prevent future information and intelligence sharing failures, the DHS mission is more vital now than ever before.

“Twenty years later, while the threat landscape has changed, we find ourselves in an eerily similar terrorist threat environment to pre-9/11.

“The potential for violent attacks on the homeland emanating from the very place where we spent two decades working to stamp them out is both maddening and sobering.

“History reminds us that our homeland is less secure when the United States allows for the creation of terrorist safe havens abroad.

“The catastrophic mishandling of our withdrawal from Afghanistan has served as a devastating reminder of the very real consequences our nation faces when terrorism is allowed to gain a foothold abroad.

“I join all Americans in praying for the families of the 13 American heroes that sacrificed their lives during U.S. evacuation efforts from Afghanistan, while also demanding accountability for the foreign policy and national security decisions that led to this avoidable tragedy.

“While 9/11 is a somber reminder of the fragility of our security, it must also serve as a reminder that an inability to connect the dots to effectively secure our nation against the threats of tomorrow is simply unacceptable.

“Republicans, specifically those on the Homeland Security Committee, are steadfastly committed to ensuring we never forget the lessons we learned from September 11th.

“Our nation is a beacon for freedom around the world, and it’s up to us to keep it that way.

“We must remain vigilant about the threats facing our country at home and abroad and endeavor to ensure that America will always be the land of the free and the home of the brave.