WASHINGTON, DC – Southwest border encounters continued to defy historic norms and reach record highs in November 2021. Clearly, the border crisis is not a “seasonal phenomenon,” but rather the consequence of misguided policy decisions by the Biden administration. 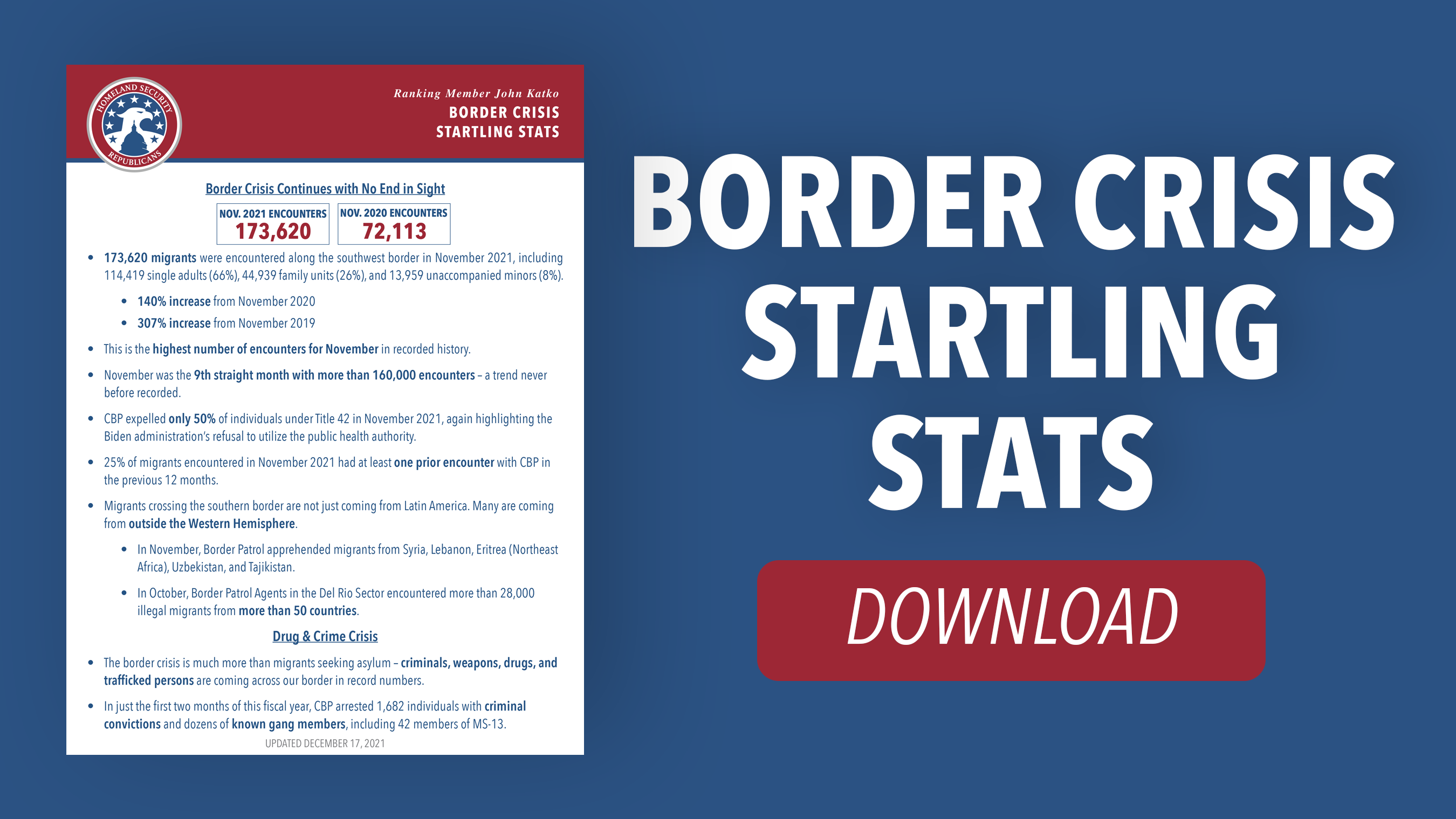