Border Crisis Continues With No End In Sight

WASHINGTON, DC – The Biden administration has kicked off the new fiscal year with a historic number of border encounters. Today, Homeland Security Republicans released the latest edition of the “Startling Stats” fact sheet, detailing new data on the crisis at the southwest border. 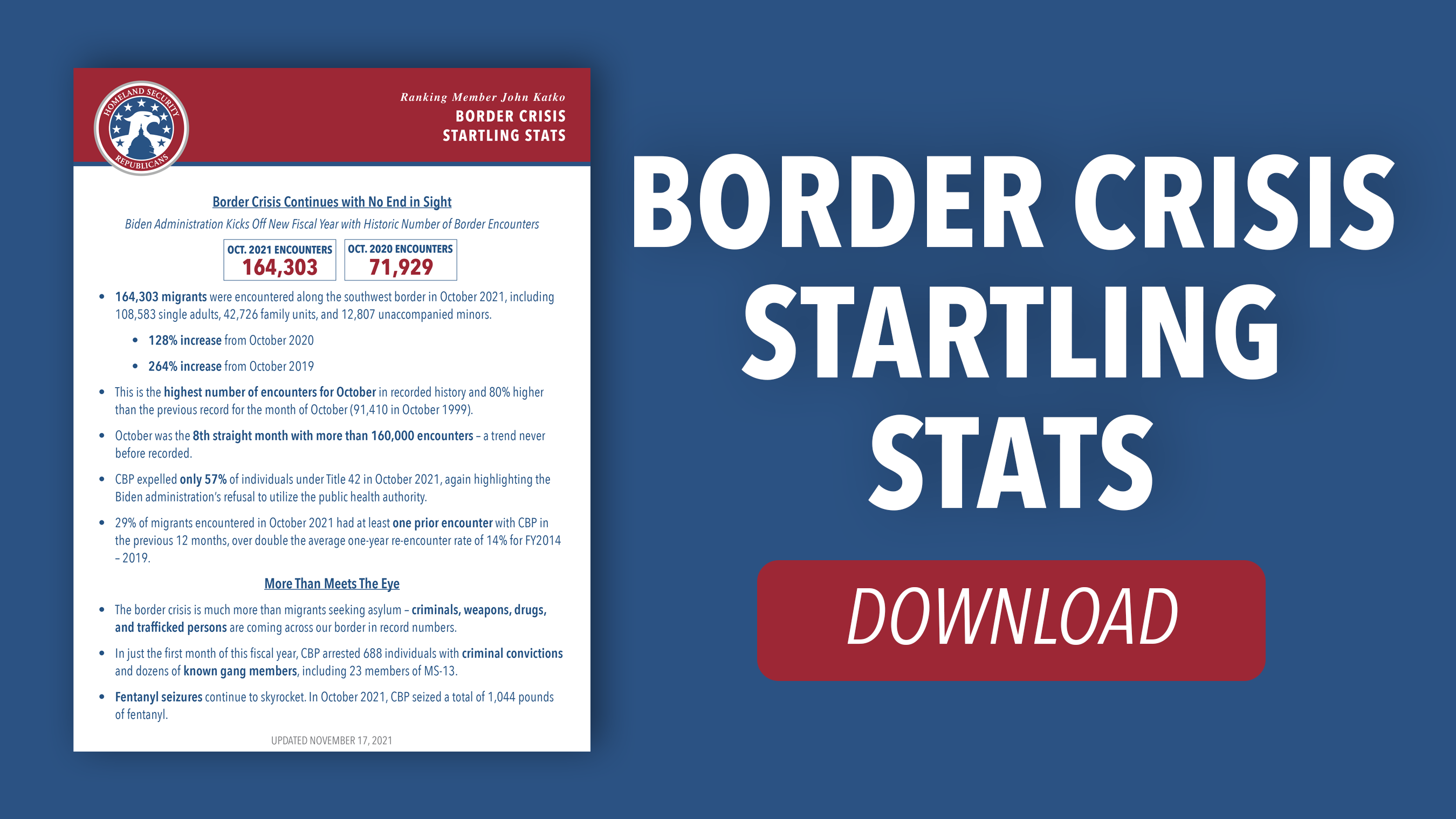