WASHINGTON, DC – The crisis at the border is completely out of control, and the Biden Administration continues to ignore the situation. It’s time to stop pretending this crisis will fix itself and take action to ensure the safety and security of all Americans. With border encounters at a 21-year high, Biden’s border crisis is clearly only getting worse and putting the DHS workforce, support staff, and local border communities at significant health risk. 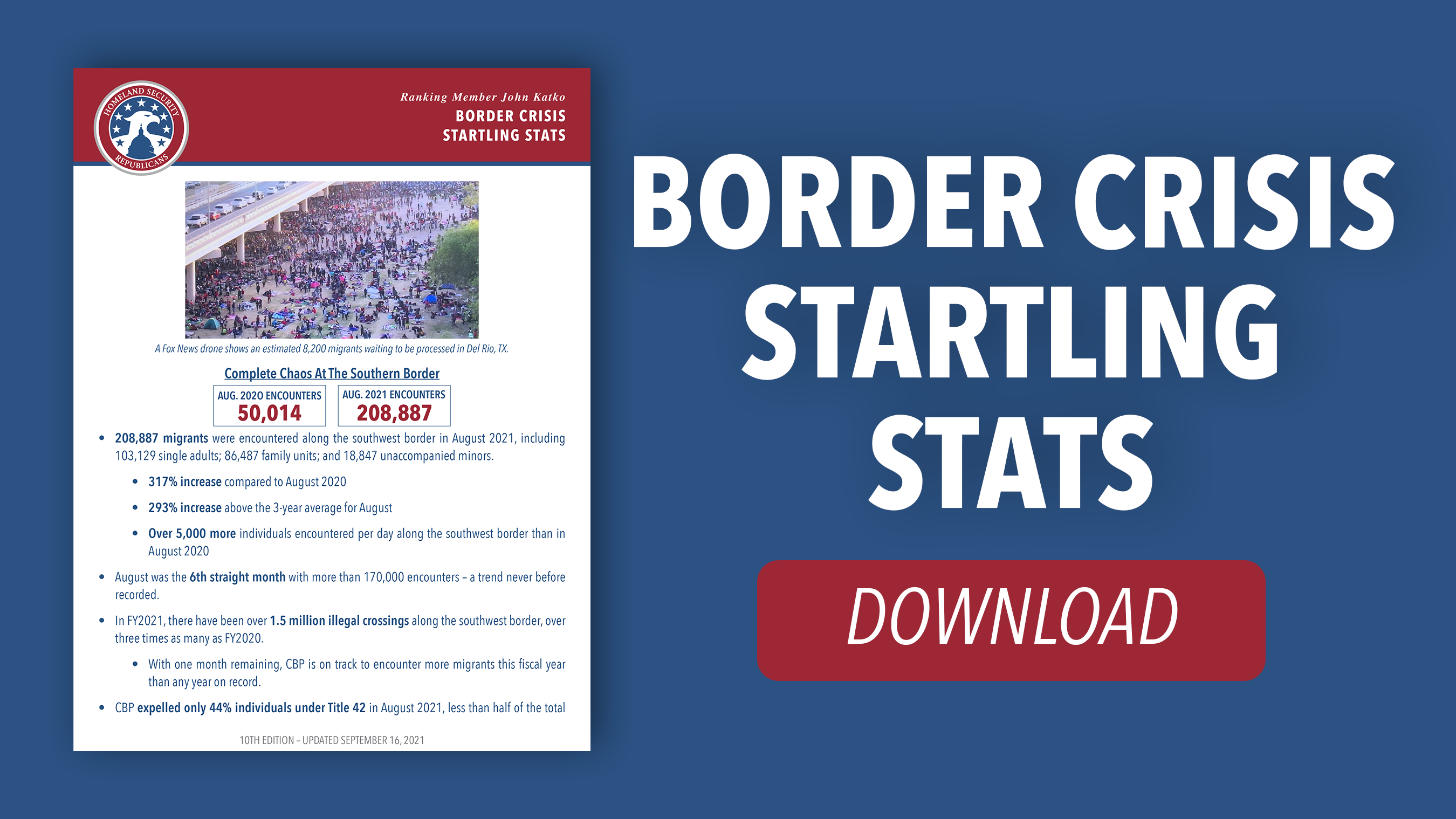